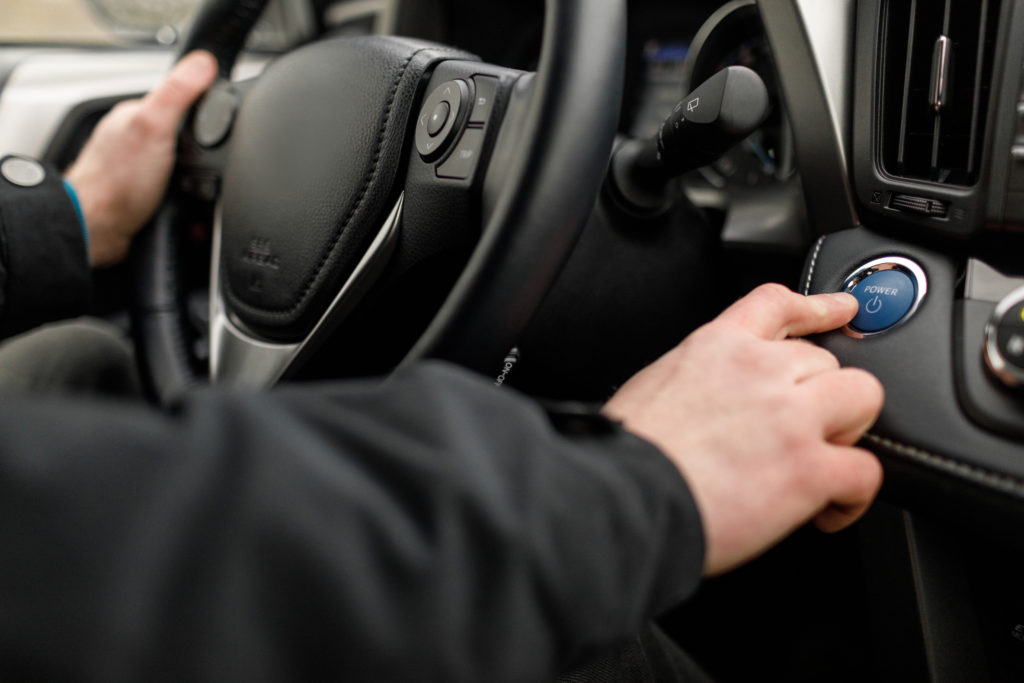 Research from What Car? has shown that some of the most popular and latest cars featuring keyless entry can be broken into in just seconds.

We have previously written about the risks of keyless vehicles, and how thieves are exploiting keyless tech to gain entry and steal vehicles. What Car? have put the criminals’ techniques to test by trying them out on seven different cars from different manufacturers, all fitted with keyless entry and start technology, to see if it really was that quick and easy.

The technique used by thieves is called a ‘relay attack’. By using a specialist device, they can pick up a key’s signal and relay it to another device next to the car, allowing them to open the door, disable any alarms and turn the engine on.

Five of the cars tested, they were able to use a relay device to gain access, the other two they had to use a lock-picking device to unlock the doors with.

Ford Fiesta 1.0 EcoBoost 140 ST-Line X – Opened in 40 seconds and driven off in 20 seconds with Ford’s Sleeping key fob active. If the key fob has not been moved for 40 seconds it goes into a sleep mode. When in sleep mode it was not possible to gain access into the car or drive it away.

Land Rover Discovery SD6 HSE – Opened in 20 seconds with lock picking but not possible to drive away due to the vehicle being fitted with ultra-wide-band radio technology. This transmits over a wide range of frequencies at once to stop thieves from being able to pick up the signal.

Mercedes-Benz A-Class A220 AMG Line – Opened in 30 seconds and driven off in 20 seconds. Similar to Ford’s Sleeping key fob, Mercedes has their Keyless-Go fob which can be deactivated or will turn itself off if it hasn’t moved for two minutes.

Audi TT RS Roadster – Opened in 5 seconds and driven off in 5 seconds with Advanced Key active. Like Ford and Mercedes, Audi has technology in its key fob to deactivate it after being motionless for a time, but this time is a lot longer than either other brands. For the fob to shut off it has to be still for 15 minutes and cannot be manually turned off.

BMW X3 XDrive20i M Sport (2018 model) – Opened in 40 seconds and driven off in 20 seconds with Digital smart key active. BMW has motion technology in their Smart key fob that will prevent a signal being hijacked after 2 minutes of the fob not moving. If you have their standard key fob, it does not have the motion sensor technology, thieves can steal your car in just 60 seconds.

Car theft rates in England and Wales have reached an eight-year high, with more than 106,000 stolen last year alone, and motor theft insurance claim payouts hit their highest level in seven years at the start of 2019. The Association of British Insurers said claims for January to March were higher than for any quarter since 2012. It said a rise in keyless car crime was partly to blame but did not have figures on what proportion of claims were for keyless vehicles.

A cheap solution would be to invest in a Faraday bag. These bags block the signal from the key fob so thieves can’t intercept it. Another option is to have keyless entry disabled. Some cars need to be taken to a dealership to have their keyless entry disabled, while some models can be done by yourself. A good practice to get into is to keep the keys at least five metres away from doors and windows. This will mean the key fob will be out of range for any thieves to pick up the signal.

To deter thieves in the first place police recommend investing in a steering wheel lock. Cars with steering locks fitted are the least likely to be stolen because of the time and effort thieves would have to use to remove it.

Plan Insurance Brokers is an independent, market-leading commercial insurance brokerage. We arrange high-quality cover and provide intelligent insurance solutions to UK businesses and have done so for 30 years. Click here to find out more.